Home » Events » UBC Dialogues » What is the cost of care? 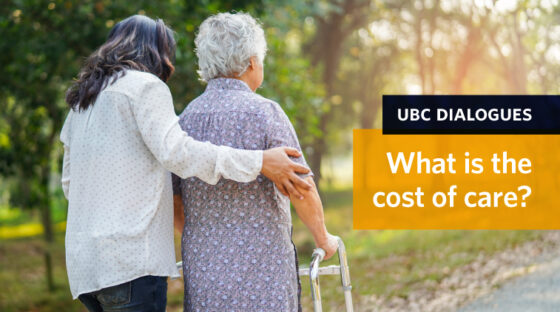 Unpaid caregivers have long been undervalued and have historically been women. Today, people of all genders fill these roles, yet the majority of caregiving continues to fall on women and is placed on top of their professional responsibilities. There are costs to this work, and they are not borne equally. Whether they are caring for children, elders, or other members of their community, their essential contributions allow societies to function. The experiences of the past 18 months have only exacerbated the challenges faced by both full-time unpaid caregivers and those adding caregiving on top of their regular jobs. The intersectional and socioeconomic pressures on caregivers are clearly not equitable and research shows they are struggling under an unsustainable load that carries physical, mental, and financial ramifications.

Join our panel of UBC experts as they discuss the complex reality of care in our society. Who are the caregivers? How has the COVID-19 pandemic impacted them? What would it look like if we were to rebuild the system into one that better supports them?

Presented in partnership with the Faculty of Arts, Education, and Medicine, the UBC Sauder School of Business, and The Women’s Health Research Cluster. 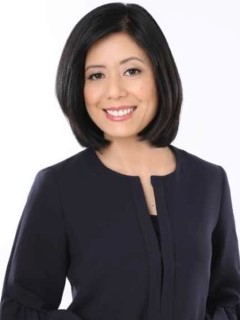 Michelle Eliot is the host of CBC Radio One’s B.C. mid day open line show, BC Today. Michelle is an award-winning journalist with CBC Radio One, and has become a familiar voice as a regular guest host on regional and national programs, interviewing community members and prominent politicians, as well authors and musicians such as Douglas Coupland and Bif Naked. But her true passion is for the open line, where her skill at engaging callers probes further into their viewpoints and digs deeper into their personal stories.

Her work has been recognized by the RTDNA and the Jack Webster Foundation, winning awards for her team’s coverage of the ongoing overdose crisis and the 2017 NDP and Green Party deal. She has also received nominations for her story about immigrants learning to swim later in life, and for her profile of a well-loved woman in Vancouver’s Downtown Eastside who died of an overdose.

Michelle was born in the Philippines and moved to Canada with her family at 12-years old, settling in North Vancouver. Her experience as a young immigrant planted the seed of understanding for people whose lives are changed by new circumstances. She studied English Literature at the University of British Columbia and went on to study Broadcast Journalism at the British Columbia Institute of Technology before joining CBC Vancouver in 2000.

Michelle is married with two children. She enjoys joining community events like the Vancouver Sun Run and the Pride Parade. As the parent of a child with special needs, she also likes to participate in events in the disability community. ​Aside from enjoying running, ​Michelle is also ​an avid reader, a lover of spontaneous dance parties, and an unabashed fan of old school hip hop music. 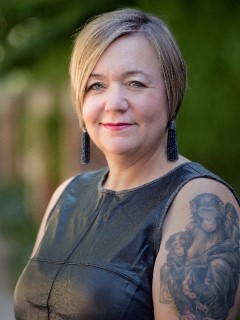 Dr. Marina Adshade is a faculty member at the Vancouver School of Economics at the University of British Columbia. She is one of Canada’s foremost economics experts on the role of women in society and a major advocate for inclusive cultural reform, with the goal of increasing safety, competitiveness, and leadership.

She is the author of Dollars and Sex: How economics influences sex and love. Her unique approach to research applies a mix of economic, sociological, biological, and psychological theories and evidence to a wide range of social issues. She is a sought-after speaker, writer, and social commentator and has published over sixty opinion pieces and feature articles in the Wall Street Journal, Sunday Times (UK), Daily Mail (UK), Globe and Mail, Time Magazine, Psychology Today, the Daily Beast, and Buzzfeed. 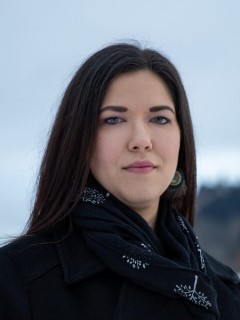 She is Dakelh (Carrier) from the Tl’Azt’En Nation located north of Fort St. James. She is Lysiloo (Frog) Clan, who are traditionally known as the voice of the people. She follows her mother’s and great-grandmother’s line Cecilia Pierre (Prince).

Dr. Aldred grew up in both the inner city of Prince George and on the Tachet reserve (in Lake Babine Territory). These experiences helped motivate her to go to medical school so she could give back to her community. Terri received a Bachelor of Health Science degree and a Doctor of Medicine degree from the University of Alberta. She went on to complete the Indigenous Family Medicine residency program through the University of British Columbia.

At present, Terri’s other roles include being the site director for the Indigenous Family Medicine Program, family physician for the Carrier Sekani Family Services Primary Care team, which serves 12 communities in north-central BC, and the Indigenous Lead for the Rural Coordination Centre of BC (RCcBC). 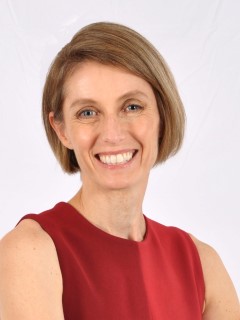 Sylvia Fuller is a Professor of Sociology at the University of British Columbia. Her research focuses primarily on understanding how entrenched patterns of inequality in the labour market develop and erode, and in the implications of changing employment relations for workers’ prospects for security and mobility.

Dr. Fuller has published extensively on the relationship between gender, parental status, and labour market inequalities in top Sociology journals including The American Sociological Review, Social Forces, Gender and Society, Journal of Marriage and Family, Work and Occupations, and Work, Employment and Society. She has also published research on temporary workers’ employment and wage trajectories, factors shaping the career pathways of new immigrants, and the impact of welfare reforms on lone mothers, among other topics. She is currently collaborating on a multi-partner project on Canadian work-family policies that includes research on the impact of the Covid-19 pandemic on employment gaps between mothers and fathers. Her research on this topic has been published in the journals Canadian Public Policy and Gender and Society.

Dr. Fuller has received numerous academic honours and prizes including the Social Sciences and Humanities Council of Canada’s Aurora Prize, which recognizes “an outstanding new scholar who is building a reputation for exciting and original research in the social sciences or humanities”. More recently, she was awarded the 2016 best article prize by the Canadian Sociological Association, and was nominated for the 2018 Rosabeth Moss Kanter Award for Excellence in Work-Family research.

Dr. Fuller is the Academic Director of the British Columbia Inter-University Research Data Centres. The BCIRDC operates a network of secure labs that facilitate academic and community researchers’ access to the most sensitive Statistics Canada data. It is part of the Canadian Research Data Centres Network (CRDCN), a partnership between Statistics Canada and a consortium of Canadian Universities. Dr. Fuller sits on the board of the CRDCN, has served in an advisory role for the Conference Board of Canada, and has been consulted by the Government of Canada’s Department of Women and Gender Equality with respect to research priorities, and by Statistics Canada with respect to modernization initiatives. 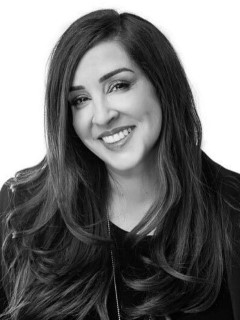 Dr. Kassan’s scholarly interests are informed by her own bi-cultural identity. As such, her program of study is informed by an overarching social justice lens. Her research presently includes two major foci. First, she is conducting research pertaining to migration experiences across different populations (i.e., newcomer youth, same-sex binational couples, and LGBTQ newcomers). Second, she is carrying out research in the area of teaching and learning, investigating cultural and social justice competencies among graduate students and field supervisors. Dr. Kassan is committed to the implications of this research for counselling training and practice.