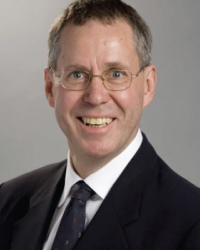 Fred is a retired partner of Ernst & Young Canada, having retired in 2014 after 37 years with the Firm.

Fred has been active at the University as a member of the Sauder School of Business Faculty Advisory Board (2004 to 2014) and served as Vice Chair of the Board from 2007 to 2014. He chaired the Opening Worlds Campaign, a campaign for the major redevelopment of the business school facilities.

Fred is a member of the Thunderbird Big Block Club (rowing) and represented Canada at the 1977 Rowing World Championships and the 1979 Pan American Games (silver medal).