All service fees are included in the listed price – not tacked on at the end of the booking process – offering a reduced rate compared to other ticketing services.

A portion of each ticket purchased is returned to alumni UBC to support our programs and services. Thank you for your purchase and support!

If you have difficulties purchasing tickets, please call Leanne Palmer, Director of Marketing at Broadway Across Canada at 1-800-889-8457. 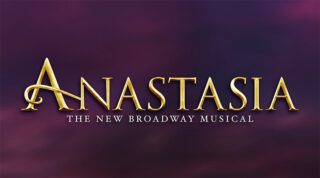 The romantic and adventure-filled new musical Anastasia is at home in Canada at last! This dazzling show will transport you from the twilight of the Russian Empire to the euphoria of Paris in the 1920s, as a brave young woman sets out on a journey to discover the mystery of her past.

Recommended for all ages. 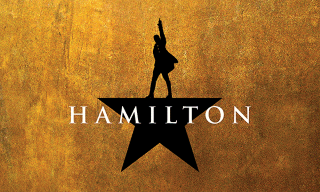 HAMILTON is the story of America then, told by America now.

Featuring a score that blends hip-hop, jazz, R&B and Broadway, HAMILTON has taken the story of American founding father Alexander Hamilton and created a revolutionary moment in theatre—a musical that has had a profound impact on culture, politics, and education.

With book, music, and lyrics by Lin-Manuel Miranda, direction by Thomas Kail, choreography by Andy Blankenbuehler, and musical supervision and orchestrations by Alex Lacamoire, HAMILTON is based on Ron Chernow’s acclaimed biography. It has won Tony ® , Grammy®, and Olivier Awards, the Pulitzer Prize for Drama, and an unprecedented special citation from the Kennedy Center Honors.

Dear Evan Hansen has struck a remarkable chord with audiences and critics everywhere, including The Washington Post who says Dear Evan Hansen is “one of the most remarkable shows in musical theatre history.” The New York Times calls it “a gut-punching, breathtaking knockout of a musical.” And NBC Nightly News declares the musical “an anthem resonating on Broadway and beyond.” 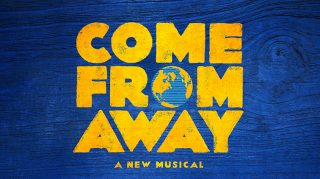 Broadway’s Come From Away is a Best Musical winner all across North America!

This New York Times Critics’ Pick takes you into the heart of the remarkable true story of 7,000 stranded passengers and the small town in Newfoundland that welcomed them. Cultures clashed and nerves ran high, but uneasiness turned into trust, music soared into the night, and gratitude grew into enduring friendships.

Don’t miss this breathtaking new musical written by Tony® nominees Irene Sankoff and David Hein, and helmed by this year’s Tony-winning Best Director, Christopher Ashley. Newsweek cheers, “It takes you to a place you never want to leave!” 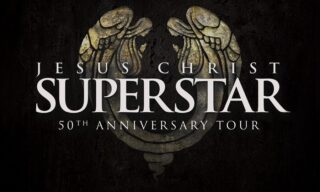 Jesus Christ Superstar is an iconic musical phenomenon with a world-wide fan base. In celebration of its 50th Anniversary, a new mesmerizing production comes to North America. Originally staged by London’s Regent’s Park Open Air Theatre and helmed by the acclaimed director Timothy Sheader (Crazy for You, Into the Woods) and award winning choreographer Drew McOnie (King Kong, Strictly Ballroom), this production won the 2017 Olivier Award for Best Musical Revival garnering unprecedented reviews and accolades. Appealing to both theater audiences and concert music fans, this production pays tribute to the historic 1971 Billboard Album of the Year while creating a modern, theatrical world that is uniquely fresh and inspiring.

Featuring award-winning music by Andrew Lloyd Webber and lyrics by Tim Rice, Jesus Christ Superstar is set against the backdrop of an extraordinary series of events during the final weeks in the life of Jesus Christ as seen through the eyes of Judas. Reflecting the rock roots that defined a generation, the legendary score includes ‘I Don’t Know How to Love Him’, ‘Gethsemane’ and ‘Superstar’.

Up to 10% off select performances. Offers subject to availability. Group rates vary by show and discounts are not available for all performances. All performances feature reduced fees. All sales are final – no refunds, exchanges or price adjustments on previously purchased tickets. Rest assured, if we need to cancel or reschedule any performance, the value of your ticket is safe. You will have the option of a credit, or refund for the value of your tickets to Broadway Across Canada. Due to the nature of live entertainment , performers, venues, pricing, discounts, dates and times are subject to change without notice.